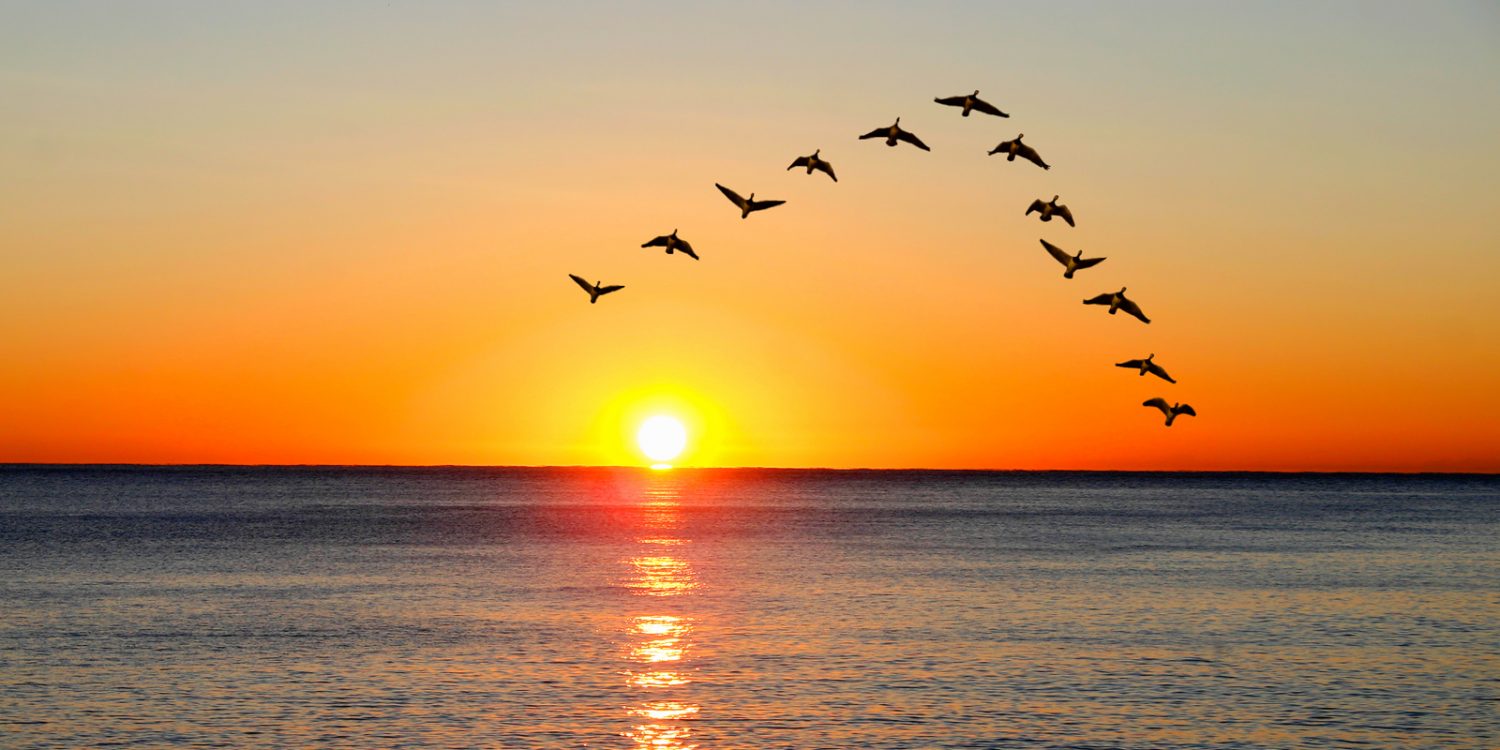 We have all seen the famous “V” that ducks form as they head south for the winter, and most of us know why they do it; it’s something we learned early on in science class. We know they do it in order to draft off each another, but few know how much drafting effects their journey.

If you look it up, you may be surprised to find that it saves the average duck 73% of its energy to have another duck to draft behind. This amazing amount of conserved energy, just by having another duck to follow, means it will save three-quarters of the energy necessary to make the long journey south.

Ducks aren’t the only ones who do this of course; other birds and animals in the sea also do it as well.  Almost all do it, except the most “intelligent” of the animals, man himself. Of course, we don’t fly south, but when it comes to traveling life’s journey, most humans tend to travel it alone.

It hasn’t always been as lonely a journey for the average person as it is presently. In Jesus’ time, and in the culture of the early church, it was quite common to have a mentor or teacher who people followed rather religiously (pun intended). The disciples were an example of those who looked to a leader to decipher the tough issues and guide them along life’s path. Quite literally, they used Jesus as a buffer of protection for those times when the religious leaders and lawyers came after them with the tough questions of their time.

As mankind has grown “smarter” through more and more education, we have come to rely more on our own wits to get through life. Now when you ask an average person in the street what they think about God and religion you are often bound to hear they learned the necessary ethics from the Bible as a child, but that as adults they don’t feel they need a personal God to get them through life. They believe they are quite capable of handling things on their own and look at those who still need God and the Church as not quite whole people. After all, they often say, God is little more than a crutch for those who don’t have the coping skills that a few courses in modern psychology would provide.

However, even this is not new thinking. Ever since mankind left God in the Garden, we have been trying to make it on their own; and yet most thoughtful people would agree that the results have been less than stellar.

Oddly enough, it is commonly held to be true that we don’t need God any more – until we do.

If you have talked with a family that has recently gone through cancer, or one who has gone through the horrendous fires that seem to be everywhere lately, you will likely come across a person who is quite literally at the end of themselves.

Neither man nor animal is meant to go it alone. We are designed purposefully to rely on others to get us through the tough times. As it is for the ducks, so it is for you and me. Only a fool will try to make the journey alone. It is simply a fact of nature.

Isaiah says it well in chapter 50:4 – it’s a verse I have printed out and placed in front my computer. “The Sovereign LORD has given me a well-instructed tongue, to know the word that sustains the weary. He awakens me morning by morning. He awakens my ear to listen like one being instructed.”

Wise words for those days where you need help to push through, to be there for those drafting off you. Or when it’s your turn to the need some protection from the forces of life coming at you.