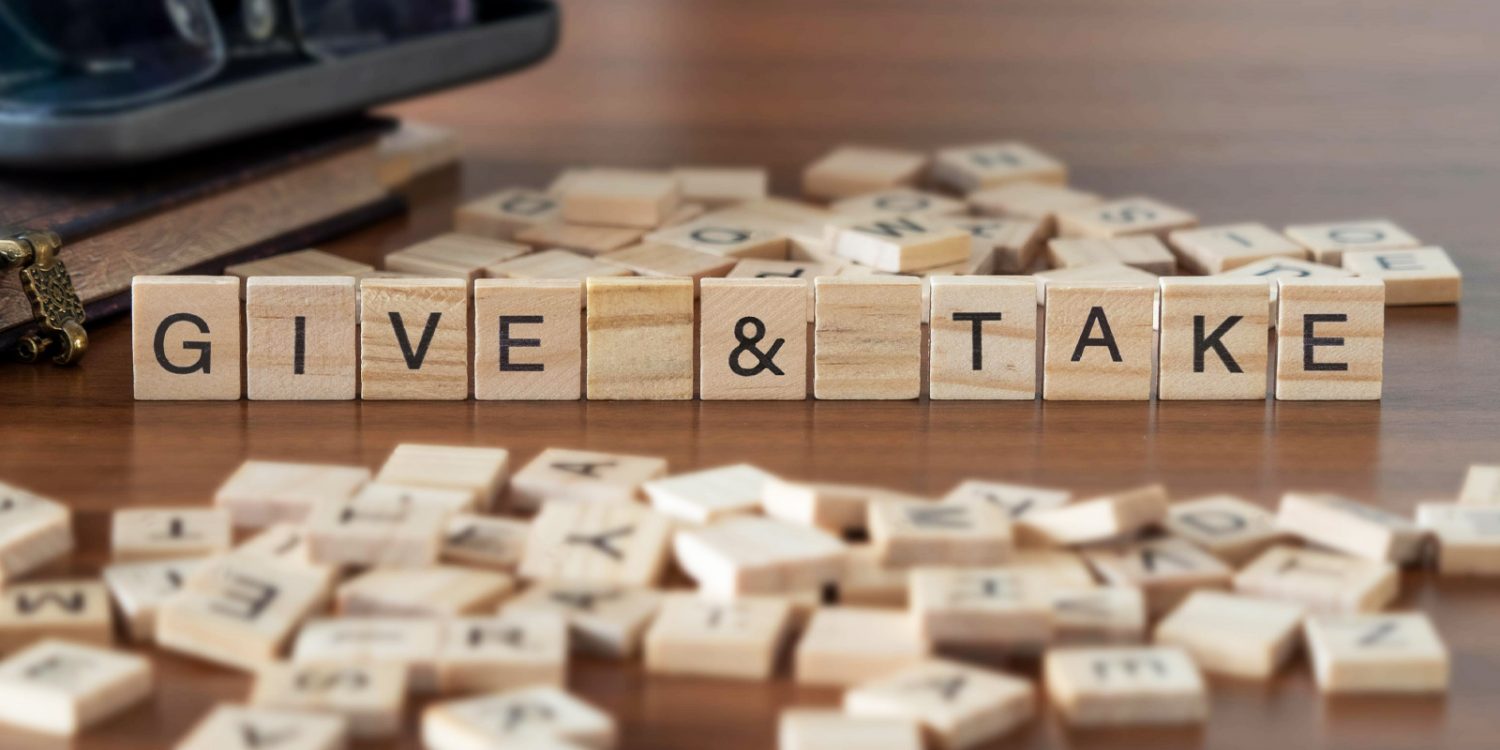 I have been reading a book lately by Adam Grant called Give and Take which has got me to thinking. In it he made some interesting observations that are counter intuitive for the average person. I recommend reading it for yourself if this blog ends up perking your interest.

We can guess, based on the topic of the book, that it’s about those people who put other’s interests before their own and those who don’t. Many Givers have chosen to be as they are, simply because they believe that is how “good” people should act. They see Christ as being the perfect example of how they are to put others interests first; yet, too often these people are taken advantage of by those who can become reliant on the kindness of others.

On the other side of the spectrum there is the opposite group. They see every situation as a competition that they need to win – with the result being that they end up receiving far more than they give – too often leaving others short. They are the Takers. They see others getting less because they are timid and unwilling to stand up for themselves, and not because they, as Takers, are aggressive.

It’s no wonder then why most Takers seem to end up on the top and why Givers, so often, appear to finish up on the losing end.

In fact, when polled, most people prefer leaders who are Takers. With Takers representing them, they believe they will not be taken advantage of by others. So, it ends up that most CEOs and institutional leaders are unabashed Takers.

People see Takers as being the winners, yet Adam’s research begs to differ. By studying this issue over the past few decades, Adam found that the truth is actually the opposite to what we assume.

It does remain true that Takers end up with more in the short run, but eventually people get wise to the fact that they continually end up on the losing end with these types, and in time they begin to either avoid dealing with them, or begin to bargain much tougher when they have to deal with them.

As Christians we are taught to treat others as we would like to be treated, and this should end up being a good and wise longer-term decision. When we treat others as ourselves, we end up giving and taking in balance, leading to both parties being happy in the long run.

Yet, for too many Christians, they have been taught that Christians are to treat others BETTER than they do themselves. When we do this, not only do we end up on the frustratingly short end of the stick, we end up creating a place for Takers that would otherwise not exist.

Although we can see that it never paid for the Jews of Jesus day to add countless additional rules to their scriptures, but don’t we often do similar things to our Faith today?

We are called to live a balanced and moderate life, but sometimes faith is harder to obtain than it sounds – especially if we have God’s plans incorrectly.