Is There a Hell? 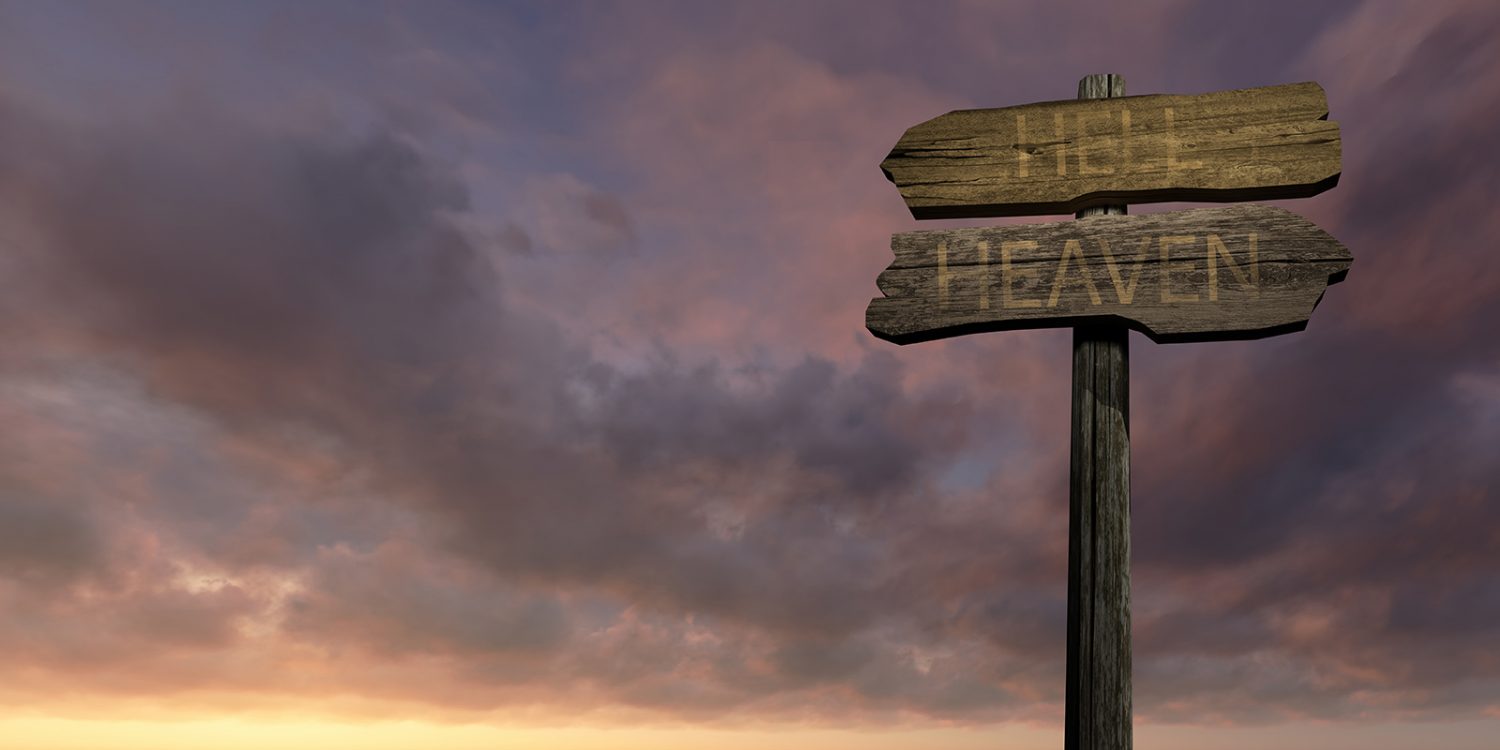 We all know that God is love, the Bible tells us so in black and white in many different places. The problem comes when we try to define the word ‘love” by modern definitions.

This new thinking surmises that God would not judge us because He is more interested in our development than in pointing out our evil side. That He dotes on us like an old grandpa might, even spoiling us by giving us more than we really need, so why would He then condemn us?

It comes straight out of our modern notion that we are to be comfortable and don’t need to be so fixated on sacrifice as those in the past were.

These new thinkers do not stop to consider that God first and foremost loved His Son, that it is from this love toward His Son, that His love extends to us. Now, if He first off loved His Son, then why would He send Him to die in pain and suffering? How does sending someone to suffer and die for the unworthy fit into the modern definition of love?

There is a definite misunderstanding about what it means for God to love, and from this comes all kinds of evil.

The second “new” thought on this comes from this notion that God died for all so why would He not then save us all? Would He negate His own work by first redeeming everyone and then turning around and sending some of those He redeemed to hell? To avoid this “wastage” of His sacrifice, therefore, He will naturally bring everyone to heaven to show the power of His redemption. This might make sense to us, but God does not think like a human. He does not because His ways are higher than ours.

2 Peter 2:1 tells us: “But there were also false prophets among the people, just as there will be false teachers among you. They will secretly introduce destructive heresies, even denying the sovereign Lord who bought them—bringing swift destruction on themselves.”

The key world here is the word “bought”. We may think we are free and independent people who can choose between God and evil, but this is only a temporary state of being. The reality is that we are enslaved to sin, then in this state as a common slave, we are purchased. We are not only made by God, our Creator, but we have been repurchased much like a potter might repurchase those pieces that He made. Then after the purchase He goes through them and discards those pieces that don’t please Him, because they are useless.

2 Peter 2 continues to say, “2Many will follow their depraved conduct and will bring the way of truth into disrepute. 3 In their greed these teachers will exploit you with fabricated stories. Their condemnation has long been hanging over them, and their destruction has not been sleeping.”

This doesn’t sound like the words of an all-loving God which we hear about in some churches today. How can a loving God have condemnation hanging over anyone?

Verse 4 of the same chapter brings some rational logic into the discussion… “For if God did not spare angels when they sinned, but sent them to hell, putting them in chains of darkness to be held for judgment; 5 if he did not spare the ancient world when he brought the flood on its ungodly people… 6 if he condemned the cities of Sodom and Gomorrah by burning them to ashes, and made them an example of what is going to happen to the ungodly” …[then] we can assume that our generation will not be treated any differently.

It is time for Christians to act what they are… bought and paid for. We aren’t as doted on as we might like to believe. It is time we started to act redeemed, and cleansed.

Understanding a loving God includes a healthy fear of that same God. The reality is that many will be surprised at the end of their lives, and beyond, simply because they believed in a notion of God that doesn’t match reality.

It is time for the Church to awaken and prepare for the Lord is Coming, “for He knows those who are His own”.