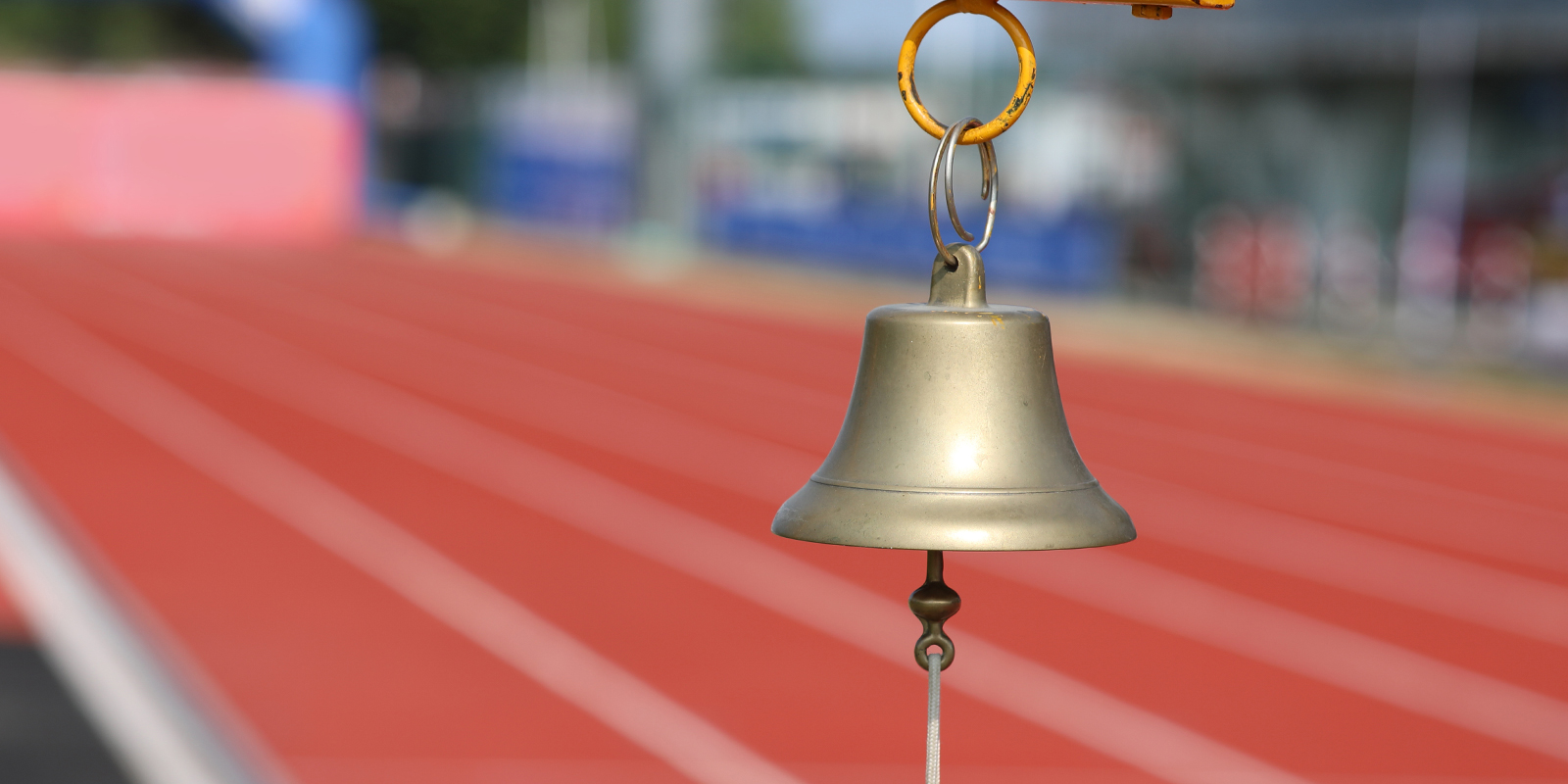 In the Summer Olympics 10,000-meter race, a runner must complete 25 laps around an Olympic-size track. On a standard quarter-mile track at a high school or college, it would take eight laps on the inside lane to cover two miles. The final lap, sometimes signaled by the ringing of a bell when the leading runner begins it, is known as “the bell lap.”

The final stage of life is also known as the bell lap. A person diagnosed with stage-four ovarian cancer surpassed expectations by living another six years, but eventually chemotherapy and other treatments could no longer control the disease. As she grew increasingly weaker, she remarked that she was now on the bell lap.

As we all know, the number of laps measured by age, varies greatly. One neighbor is on the bell lap at age 58, while another is working out at the gym and going on cruises at age 95. We also know that measured by accomplishments, impact on others, and life adventures, a person who dies before the end of life expectancy may have covered more laps than the person blessed with longevity. Still, that bell lap does come, expectedly or unexpectedly, and the important thing is to have run a good race.

Sometimes, not just the final months of life but also the whole period of life known as “retirement” is called the bell lap. In fact, there is a book by Joseph Hearn called “The Bell Lap: the 8 Biggest Mistakes to Avoid as You Approach Retirement.”

Commonly, the bell lap does not refer broadly to retirement, which could be thirty years, but more specifically to the final period of life, which may come in the last years of retirement or during one’s productive years. Thus, planning for it entails more than taking steps for a secure retirement—though that is important—but also assuring a satisfying legacy: one in which broken relationships are mended, loved ones are provided for, and life has made a positive difference.

In his second letter to Timothy (2 Timothy 4:7) Paul apparently realized that he was on or nearing the bell lap when he wrote “I have fought the good fight, I have finished the race, I have kept the faith,” and he could look forward to a crown of righteousness. At whatever time the bell lap comes for us, it would be good to look back with this sense of satisfaction for what, by the grace of God, we have been able to accomplish.

We welcome your inquiry if you would like to discuss such a legacy gift. We can show you how to structure it so that your and your family’s security is assured. Please call Frank Minton at 206-365-5154 or email him at for more information.

Many members of NAB churches in the United States and Canada have decided that, as part of their legacy, they will leave a bequest or other end-of-life gift to Church Investors Fund to help finance the construction of new churches or renovation of existing ones. Thereby, a portion of what they spent a lifetime acquiring will now assure that the Gospel will be heard for generations. This legacy gift can be designed so that, while you are alive, you can receive income from the amount that you commit for church expansion.