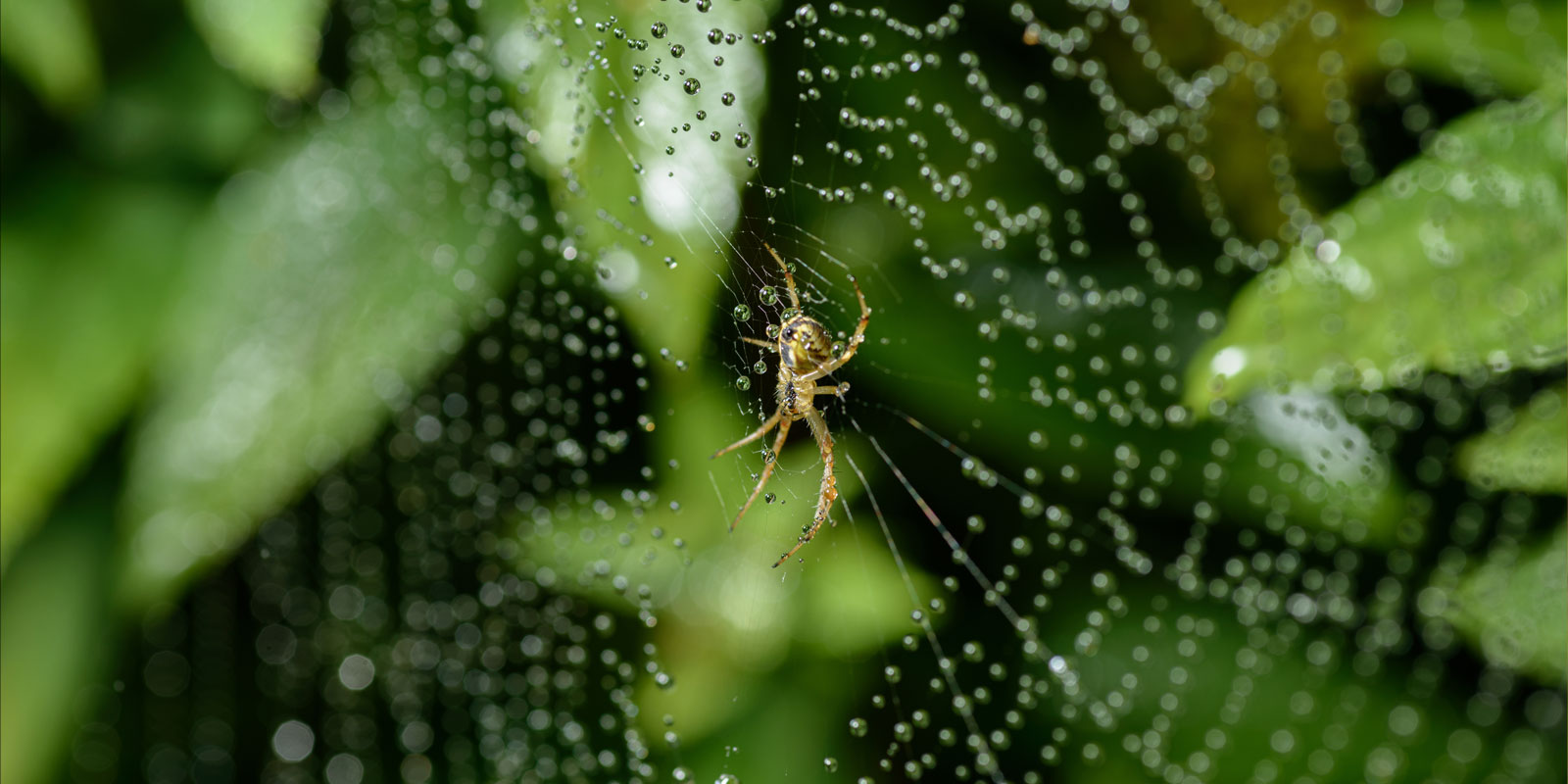 Unfortunately for those of us who like to keep our doors and windows open, the time of year the weather cooperates with that desire is also the time the pests come out to play: flies and ants, earwigs and mosquito-eaters, daddy-long-legs and crickets. If you’ve ever woken up to find one crawling on your arm or felt one splat on a shoeless jaunt outside, you’ve probably wondered why God even made them. Yes, yes, science tells us they serve necessary purposes, but couldn’t an all-powerful and ever-creative God come up with something less…icky?

Jonathan Edwards, America’s first and best theologian, also found insects “loathsome,” but he was fascinated by them all the same. As a young man, he wrote what is now called “the Spider Letter,” detailing his observations of the kind of spiders that make balloons from their webs and float from place to place. Since he wrote the letter in 1723, not all his speculations have been proven correct. However, his conclusions remain solid. Four times during the short letter, Edwards tosses in what he calls “Corol.”, each of which start with “Hence” and conclude that—essentially—God’s attention to the smallest detail of this “most despicable” creature’s life and death proves his wisdom and “exuberant goodness”. At every stage of the process, Edwards is filled with wonder and delight. How spiders go ballooning is both entirely natural and entirely miraculous to him, and he finishes the letter by giving his firm opinion that “these wondrous animals” spin glorious webs from which “so much of the wisdom of the Creator shines.”

Since I read the Spider Letter many years ago, I haven’t been able to see one without thinking of Edwards. In my better moments I remember to marvel, like he did, at the wisdom and goodness of God exemplified in something so small and gross. I think, though, that there’s a bigger lesson to be learned.

Spider webs are annoying; they spring up overnight as if on purpose to make your house look dirty. Flying spiders are—I imagine—freaky, especially if they get caught in your hair. But that’s all. The vast majority of spiders pose no danger to humans; they’re only pests, and as such it’s easy to just wish them away. But Edwards reminds us that God ordained even the life of a spider and glorifies himself through it. It begs the question: what other pests am I sweeping out without taking the time to consider how God might be revealing himself through them?

We know God works through tragedy and trial. We even know he teaches Christ-likeness through daily discipline. But do we watch for places to praise and marvel in traffic jams and runny noses? I confess: generally, I do not. And yet they, too, are part of God’s design to glorify himself. If I can see it in a spider, I should be able to see it anywhere.

So throw open the doors! Welcome the wretched beasties in! And watch what God will show you.